I forgot to mention that last night our laundry was returned. We had turned in laundry right after our luggage arrived at our hotel rooms here. I paid the equivalent of $40 and was impressed when I looked into the bags of returned laundry. Our shirts were all folded and in separate plastic bags, the underwear was in another bag, and socks in another bag. I set the clothes out and took a photo.

We haven’t been taking as many photos recently, because we haven’t been doing as much traveling. And we can’t both be shooting photos at the same time, as we used to do, since we have our hands full with other things.

Our group met this morning to head for “church” on Shaimian Island, which is the main tourist shopping area. The main hotel, The White Swan, is where many adopting families stay. Our agency usually uses other hotels. As we were standing outside the church area in the hot humid heat, a few Chinese people came up to our group, especially after a few of our group had wandered away. One young man, who seemed to be a college student, was talking to us in English for a while. We’ve been told that the Chinese learn English in school from early on, but that they don’t have much opportunity to speak it or hear it, so they like to try out their English on tourists. Wayne took some photos of children and an old lady who were checking out Amanda and the Americans.

We were hesitant about going to “church,” which was a Chinese service with English translation, in a hot church. We could imagine Amanda either yelling “yah!” repeatedly, or getting fussy. We had been told we could either attend the church service or go shopping. We didn’t want to be heathens, but we wanted air conditioning. When we found out others would not be attending the church service, we felt better.

Shopping was a bit fun… for me at least. Wayne would usually stay outside the little shops while I went inside. The salespeople were aggressive as usual, but friendly. In the first shop I had forgotten that bartering is the way of shopping, so I’m sure I overpaid for the squeaky shoes (every time the child steps, the shoes squeak – to be worn til the parents’ headaches start), and a couple other things. The next place I went had clothes. I found Chinese dresses which I liked, one for a friend of a friend, and another for Amanda. I started to bargain about those dresses, and ended up buying several other lightweight outfits, shoes, and a large fan to put over our fireplace. The prices seemed good once I bargained a bit.

We bought a Chinese / English book of Little Red Riding Hood. “Once upon a time there was a sweet little girl who always wore a red velvet cap. So she was called Little Red Cap.”

We returned to the hotel in early afternoon, had lunch, then I ended up having to do more paperwork (as a group with others) for the Visa for Amanda. I think that was the last of the paperwork. Yay! After more than 1 ½ years, the paperwork is done!

After hanging out for a while, we headed out shopping again. It’s interesting to see how many people check out Amanda. Most of the clerks smile at her, and sometimes she’ll wave and chatter at them. She squawked when she saw young boys, getting some laughs from the adults. At one point we got into an elevator, and 5 young Chinese women piled in after us. They all looked down at Amanda who was in the stroller. She stared back at them, silent, and after about 5 seconds she yelled “Yah!” The elevator erupted in laughter and cooing.

Wayne taught Amanda to do the thumbs-up sign yesterday. Tonight we were at dinner, and the waitresses were admiring her, one or two at a time. We’re wondering if her light skin attracts more attention than others, or if all the children receive similar attention. Interestingly, when a stranger is directly talking to Amanda, she sometimes gets quiet, yet when people aren’t paying attention to her, she starts waving and chattering. As we push her stroller through the lobby, or when she’s riding the bus, she’s often chattering and waving to her admiring public (even if no one is responding). Tonight in the restaurant her mood wavered, from friendly to subdued. Well, we got her to do the thumbs-up for the woman who seemed to be the manager, and the next thing we knew, she was bringing back several different waitresses and enticing Amanda to do the thumbs-up sign, as all of them laughed and chattered and cooed at her. She loved the attention.

The other babies in our group seem to be opening up well, smiling and interacting with their parents and others. Some are walking. One little girl was smiling at me from the other bus (our group is using two buses) – she had been very withdrawn for several days, but today she was very animated, and the next thing I knew, she was pressing her whole tongue against the bus window! Her mom was shocked! Maybe the 5-second rule applies – I don’t think her tongue was on the window too long. It’s neat to see the change in the children’s personalities over the past 6 days since we adopted them. We met a Finnish family who just adopted today, and they said their new little girl has already bonded very well with her blonde older sister.

We’re all saying we’re ready to go home. I miss our home and animals, and we can’t wait to show Amanda our 3-acre front yard and the horses and cats. I had been concerned about entertaining a child on the airplane for so many hours, but knowing Amanda, it shouldn’t be too terribly bad (I hope). Oh well, time to get ready for board … I mean bed. The hardness of the bed is quite irritating, but only a few more nights left til we get home to our own bed. 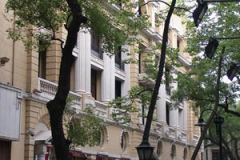 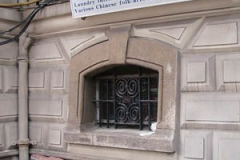 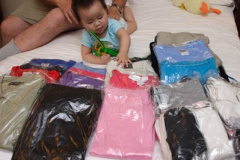 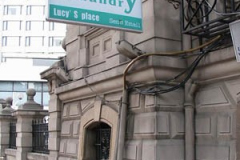 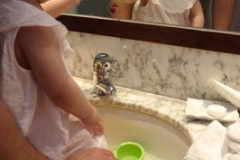 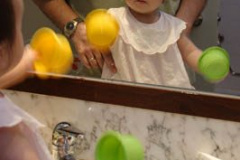 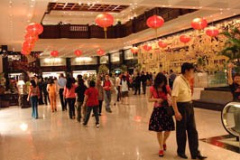 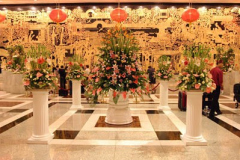 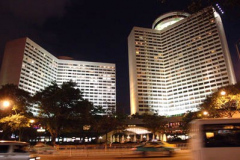 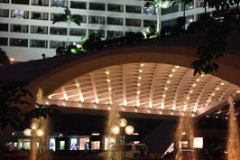 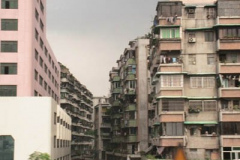 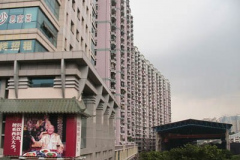 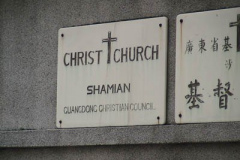 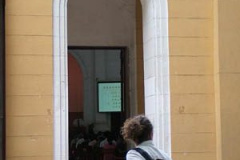 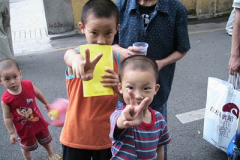 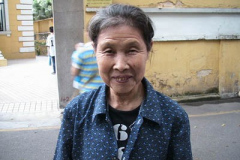 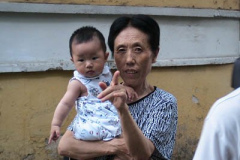 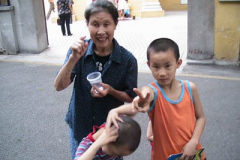 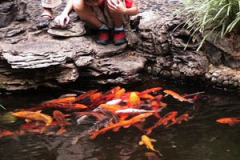